It is no secret here on the blog, that I have belly issues. Pains. Unexplained pains. It even landed me in the ER.

Months ago, I went pretty strict paleo. Cut out dairy. And tried to minimize stress (haha.goodluck) Luckily, all of these things helped A TON! But the past few weeks I have still been getting the pain, mostly after meals 😦

So it is back to the doctors to see what they begin to think. With a family history of GI issues, my brothers and I are a pretty high risk. That being said, next week I get to swallow a camera pill that will take pictures inside, while a fancy recorder is still in a cool fanny pack that I get to wear for 8 hours (DONT be jealous haha)

But first, I had to go through a 3 HOUR swallow study through to make sure the pill will make it. Well, it was NO fun. They lost me when they said I had to be NPO from midnight till at least 1pm. No food OR drinks. not even water.

Then I was able to drink this amazing stuff. It might LOOK like a vanilla smoothie, but thats were they get ya!

I tasted like chalk. and when I asked how much I had to drink she said 2 cups. I was thinking um, that isn’t too bad. And then she handed me two cups! not 2 measuring cups, but two full cups. great. I was able to use a straw and swallow all of it. But I tell you, my belly was NOT happy. I was actually having some pains when this stuff was going through.

And see this fun contraption? That is what they use to press on your stomach to get good pictures. haha.

it didn’t hurt, but when I first saw it, I had NO IDEA what that was for. Kind of freaked me out, not gonna lie.

After 3 hours, it was time to head home. So far, they said everything looked good. YEA! This was my room for the morning. Had to get up and down off that multiple. The only good thing, I had the best radiology team. They were so sweet and patient when it took me awhile to swallow the nasty chalk.

And my first “meal” water and cashews! Thats right, I packed food and water for immediately after. I think they were both finished before I hit the highway. Next time, I’ll just pack a lunch haha

I know this isn’t the most thrilling conversation, but I blog about whats going on in my life, and this just happens to go under the category: Not fun to go through or read about haha. And maybe we can find out what is going on once and or all!

Ever feel that you wish you could have three hours of your life back?

-Yea. I won’t those three back haha

Ever have to drink the xray barium?

A few weeks ago, my future sister in law was talking about her brother. She said that they found her nephew was allergic to cats, so the cats were living in the basement. Unfortunately, their son was still having allergic reactions and the kitties had to go. Her sister in law was having a very hard time with this, since she had them for years.

After lots and lots of thinking, I decided it was time for a pet. And my thought was, I can’t adopt a kitten, and leaves these cats. We went to visit them, just to feel it out, and we came home with two cats!

The first day we were home, we put them downstairs by their litter box and food bowls (wanted them to know where it was ASAP! haha) And then they hung out there for awhile. Andrew and I just went about our day.

May May Pickles (May May for short)

So Mr Bubbles is MUCH more energetic and friendly. While May May hides. But finally today, I found May May upstairs. Actually, I found them BOTH together INSIDE the recliner in the back room. (not sure how they both fit since Mr Bubbles is quite large! haha)

We decided to keep their names that were given by their other family.

I am officially a cat lady. haha

Do you have any pets?

What is you favorite animal?

Hi everyone! I hope your week is going well. I have been working the past two days, and am ready for three days off after this. I have been checking all my favorite blogs, and I found a few things I wanted to share with you!

–10 things not to feed your kids

–Over at Life After Swimming
Question for you:

Anything new that you have found online recently?

A few days ago, I was contacted by Janetha who blogs over at meals and moves (who is super nice) that I had been chosen for the winner of her giveaway!

I was EXTREMLY surprised and thrilled!

Janji is the company and the amazing thing about these running shorts, is that for every pair that is bought, it provides someone in need access to water or proper nutrition. I was defiantly impressed

The weather outside has not allowed for me to wear these bad boys yet, but spring seems so close. Right !?!?! haha

(pocket for keys or goodies haha)

Have you ever hear of janji?

This past weekend I headed to the gym on a time crunch. I was going to be watching my twin niece and nephew, so I only had 45  minutes. I started with 30 on elliptical (legs were killing me from kickboxing and rowing)  then I decided to take a “leg break” and work my arms. It actually turned out pretty awesome! And the workout wasn’t impossible, but I could DEFIANTLY feel it!

I hope you like it! And this is my FIRST EVER workout of my own that I have posted on my blog (I know Angela will be proud! haha)

I know it isn’t much, but it is a start, and trust me by the end, your arms are feeling it!

Do you takes breaks from certain workouts when you are sore?

What is you favorite arm workout?

My clothes are fitting SO much better, even my jeans need a belt! I can’t wait to go down a size!

This week I really watched my carbs, and at the most 80 one day.

Workouts: Got it together!

Even though I only had 3 workouts, and HELLO 12 hour shifts! I still felt great and am so glad I went to the gym today. I almost didn’t go because I was sore from kickboxing, but I found a new love- the Rowing machine

Sleep quality and duration:  Could have been better.

With my stress level, I didn’t get the best sleep.

How I was feeling: really stressed

At the beginning of the week, I had a rough few days. Between work and home, I needed a break. Luckily, I had four days off at the end of the week and I am SOAKING up all stress free time. I am getting lots done, hitting the gym, and being with Andrew. It is perfect.

Things I did well: Workouts and eats. And weight lose!

Things I need to work on: sleep and decrease stress

Run over to Angela and check out she is doing! She is also working on losing 30lbs!

How was your week?

What are your plans this weekend?

Andrew and I had the BEST conversation this morning before he went to school.

rewind a bit.... For probably a year, I have noticed that not only do I have belly issues to carbs/sugary foods, but Andrew does as well. We have talked many times about how when is belly hurts, it might have been from the whole pizza he ate at his dad’s. (maybe!?!? haha)

So this morning, we talked about trying for ONE week ALL healthy foods. No junk food because he even says how he is addicted to junk food. And he brought this up himself! What a smart 8 year old! (I may be bias)

Tonight at dinner, we started and he ate everything! I was a cooking machine! (you can tell by my overflowing sink haha)

I just put coconut oil on the albumin foil, sprinkled with salt and pepper, and baked at 425 degrees for about 30-40 min

Next, was cauliflower mashed potatoes! He LOVED Them!

And last, but not least, we made paleo cookie dough truffle shuffles

SOOO it wasn’t his FIRST healthy meal, but it is a great start to a WEEK of healthy foods. I was SO happy! Like jumping up and down that he ate everything plus some blueberries. I am ALWAYS up for more recipes to try! Thank you pinterest! haha

How do your kids/spouse eat compared to you?

Andrew and I had a great Mexican dinner a few nights ago, and I have to say, the avocado made the meal!

I just had ground beef, lettuce, tomato, and avocado. That’s it!

Of course we also had a bunch of photos……

What would you put in your taco salad?

I hope everyone had a wonderful three day weekend. Today, I was off work with Andrew, but over the weekend I was in the NICU working.

Over the weekend, I had  a really rough time with one of the babies there. Just a lot going on. Then at home today, my dad found something at my house that just added more stress. Lets just say, the police are involved 😦

Luckily, I did make it to the gym and get my sweat on! And the funny thing, I DID NOT want to do ANY cardio. I first, tried the bike, then the treadmill, and the elliptical. Eventually, I was done and went for a good o’ workout from Angela!

It was a nice sweaty workout, where I also added some of my favorite moves. I noticed that maybe my hip flexors are CRAZY tight from spin class on Friday, which resulted in a lot of pain when I was riding on the bike. So I added a few more moves to strength my booty and hips 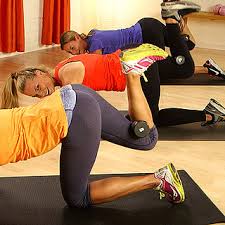 I also worked with my favorite stretch! I think this defiantly helped

Felt so good! Hoping my next two days at work are better, although I think they are going to be pretty tough….

Would you rather lift  weights or do some cardio?

Do you ever have tight muscles after a workout? what helps you?

On the road to losing 30 by my 29th birthday! yesterday was my half birthday, happy birthday to me haha. So I have exactly 6 months to lose the weight!

No huge oops. Just each day, I was eating more and more carbs. (icing one day at work. why.)Which lead to belly pain. And my weight gain. Today I did a million times better with only 50 carbs and all natural carbs.

Workouts: Got it together!

How I was feeling: ok then Anxious

After a rough eating day at work, the next day I was extremely overwhelmed. Crazy how food effects my mood!

Things I did well: Workouts

Things I need to work on: getting those carbs in check!

Run over to Angela and check on her! She is also working on losing 30lbs!

How was your week?

How is your New Years Resolution going?